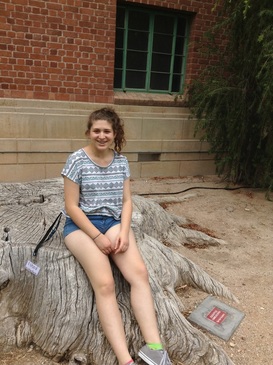 Eshed Ozeri, also known as Eshedy, was born Febuary 20, 1999 in Israel. Eshed left Israel when she was 3 ½ along with her parents, younger brother and older sister. When asked the reason behind the move Ozeri said, “we moved because family was here (Tucson) and because the economy was better at the time.”

Ozeri enjoys relaxing, being out with friends and listening to music. She is also interested in psychology, and wants to take up softball.

Ozeri isn’t set on a career yet, but is exploring journalism by participating in the Dow Jones News Fund Journalism Diversity Workshop at the University of Arizona. When asked why she chose journalism, Ozeri said that she lets her thoughts flow onto paper, and is entertained by hearing about world events.


Ozeri is also considering psychology or counseling as possible career choices, but is not sure exactly she wants to do. In the future, Ozeri hopes to travel in Europe and Africa to see first hand the differences in community and culture in other places. Instead of worrying throughout her lifetime, Ozeri wants to be healthy and have fun. Whatever career Ozeri eventually chooses, she plans on it being something she likes, and for which she can wake up excited. 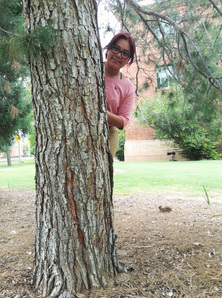 Briana Sanchez, also known as Bri is a 16 year old Tucsonan girl.  She is a part of the University of Arizona’s one week journalism workshop. When asked why she chose journalism and this program she answered that she wants to be an author when she grows up and this will help her learn how to be a better writer.


Sanchez’ hobbies include riding the penny board which she has only started doing recently, hanging out with friends, reading, writing, listening to music, dancing as well as learning choreography to Korean pop music.


Just a fun way to end the interview off, she was asked the question, if you could choose any country to represent you, what would it be and why? “ I like how it may be small, but I have heard that the people are friendly” Sanchez says about South Korea and it represents her because she is friendly as well.